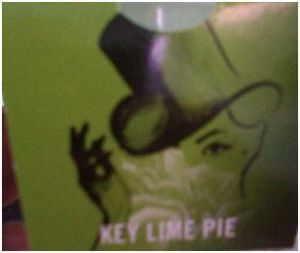 You may start by asking, what on earth have cold pizza and crossing the Atlantic at 7:00 AM on Virgin Air have in common. Well, almost nothing. Except that I arrived in London quite late last evening left with only a Vietnam take-out option for dinner from a small concern across the street that had a cleaner kitchen than one would have thought. When arriving late, breakfast the next morning sometimes consists of cold left-overs. I am not above eating cold left-overs for breakfast.  And, cold left-overs remind me of a story from a custody case I handled years ago.  I find the story amusing, but not sure my staff, with whom I shared it last week,  enjoyed the story as much as I do “in the rear view mirror”.  You tell me.

The pizza story. It goes like this–a mother is seeking return of custody of a son now 10 years old who she was forced to abandon when he was five in first grade in order for her to take her one shot at escaping his abusive father, her husband. She took her daughter, his sister, but to wait for him to return from school, or worse yet, to take him from school early, would have meant she missed the window to save herself. Now, several years later she is remarried, living as far from the east coast as one can and still be in America. She has a decent life and learns that the son is living is less than ideal circumstances with the father and his “new” wife.  One of the issues that arose on cross examination was what the father and his wife fed the son for breakfast while travelling at a horse show on the road. Cold next day pizza.  Lord, I do like a good piece of cold next day pizza, but the cross examination was fierce. I put a note in front of my colleague when the vicious cross was done: “Re: pizza. I’m in trouble.”

Such is the life of a litigator–certainly one of the barometers that you start to use to gauge your own conduct, at least some of the time, is “how would this look, sound, etc.” in a court of law.  So while I continued to enjoy the occasional piece of morning-after pizza, you can be sure I never dared allow my children (at least not under my watch) the same pleasure, lest the quality of my parenting come under fire as a result of that indulgence.

Thus, the transition from cold pizza, to cold fried rice and this morning’s fireside chat: Commuting across the Atlantic:  AM or PM?

The old logic, or at least my old logic, used to be work as long as you can through the day, dash to JFK and grab an evening flight to Europe. Arrive in the wee hours, if you’re lucky,  take a short nap and push through the day.  The ardent type-A’s among us (you know who you are) skip that nap. I have never been one who could.

Now plugging an airline in one of my first blogs might not be the best of ideas–but here it goes. I have come up with a plan that in my humble opinion, really is the best option for overseas commuters and travellers, even for the Type A, or perhaps, especially for the Type A’s.

Here it is:  Virgin Atlantic has a 7:15 am flight from JFK to London.  For a mere $15, you can purchase unlimited wifi access for the entire flight, once you’ve left USA airspace (not sure about why that rule is there).  While the iPad was slowish–in fact reminiscent of the old dial-up days, the Blackberry (yes, I know–I am one of the blackberry die hards and this experience reaffirmed my hope they don’t go belly up) was as reliable and fast as ever. Basically I was able to have a fairly productive day and  arrived in London without the usual 2+ hours spent catching up answering emails.  Had I not gotten tied up at customs for two hours amidst a sea of students returning to start the academic year, I actually might have found myself in a taxi in daylight.

So apart from not planning ahead and arranging a nice smoke salmon for breakfast this morning, the Virgin Flight #26 departing Kennedy at 7:15 AM leaves you able to  wake up bright and early the next day, ready to hit the ground running–the prior day’s work all done in real time.  While among the other airlines there are a few other early morning offerings, none to the best of my knowledge has WIFI and miniature key-lime custard for dessert. And the actual flight, well let’s just say: Tempus fugit–as I pecked away at my blackberry it seemed like no time at all before the pilot greeted us with  an announcement to prepare for descent into Heathrow. In the words of one of my favorite NPR radio programs,  I found myself murmuring “wait wait, don’t tell me, just one more email.”

What’s the downside? The fellow seated alongside me  liked me well enough at the start of the flight, but my attachment to the blackberry and iPad seemed to put him off.  I think he pigeon holed me into a wed-to-my-blackberry stereotype that really was undeserved. Like most I was just a slug, trying to get through another day of work and while he said his work didn’t require “being online”…well, mine did old chap.

4 comments on “Cold Pizza and The AM Pond Crossing Option”